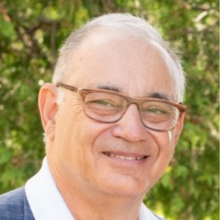 Dan Wasserman, a serial entrepreneur and commercialization specialist, is the Founder and CEO of Mammoth Health Innovation Inc. When he returned from 11-plus years in DC, Dan became an EIR at ventureLAB where he created the Health Ecosphere and also launched the CreateIT Now incubator at Southlake Regional Health Centre. There are nearly 100 Canadian health innovations that have been commercialized as a result of these two initiatives alone.

Corporately he has forged strategic relationships between startups and large multinationals such as Boeing, Raytheon, AT&T, IBM, packaged goods and automotive manufacturers, plus the five major film studios.

Over eight of his years in the US, Dan was involved in procurement at the federal, state and local levels. He also worked with all of the 3-letter agencies and later numerous police forces that were tracking online predators. In 2006 Dan was one of the 3 finalists for the “Innovator of the Year Award” by the International Association of Chiefs of Police (IACP).

Dan is a founding board member of REMAP and the current Vice-Chair. He also sits on two Medtech Canada sub-committees and leads the Advancing Canadian Innovations in Procurement initiative under Life Sciences Ontario (LSO-ACIP).