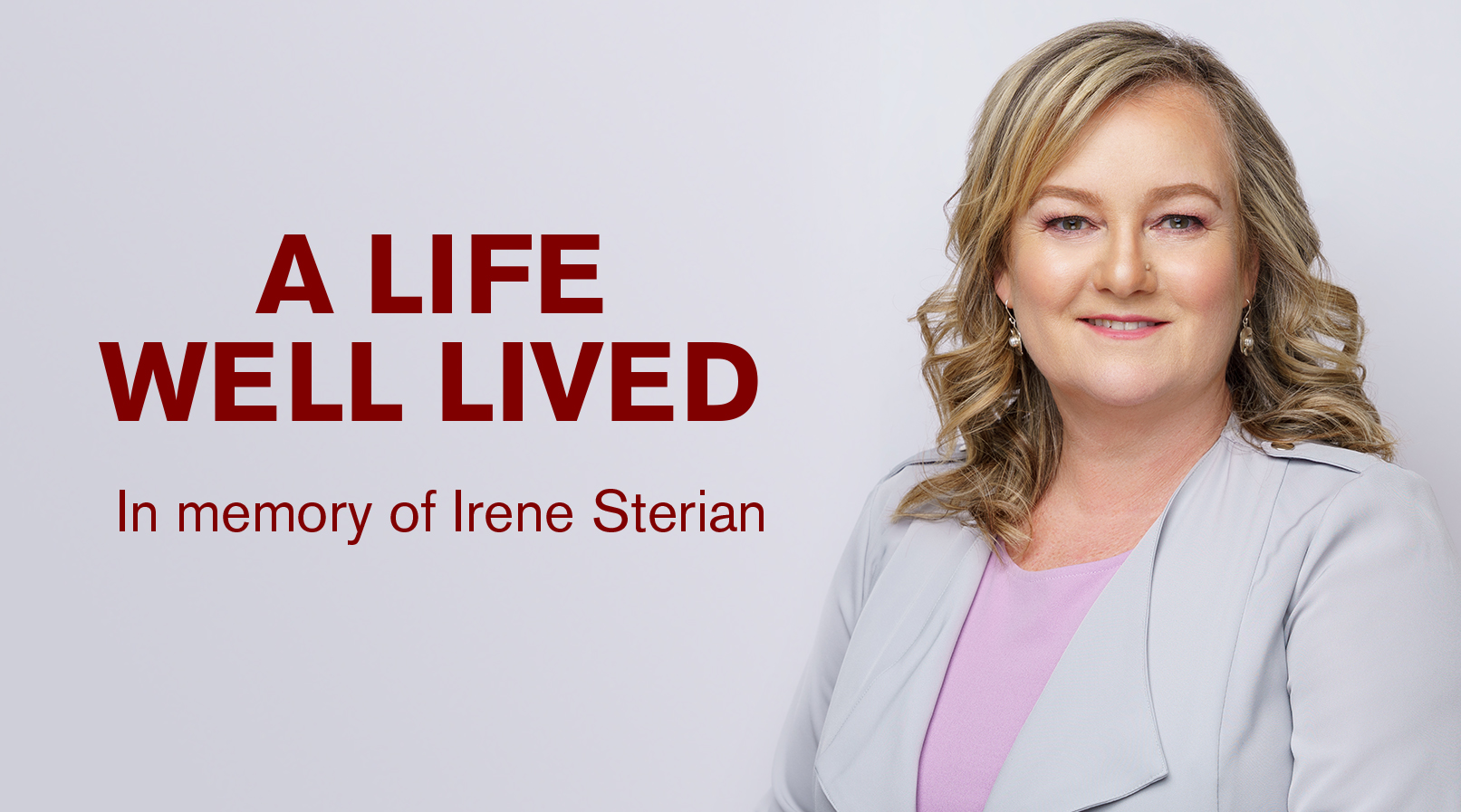 A Life Well Lived: In memory of Irene Sterian

With the sudden passing of REMAP’s Founder, President and Chief Executive Officer (CEO) Irene Sterian on May 8th, the Canadian technology and advanced manufacturing sector lost one if its greatest champions. A big picture visionary capable of driving incredible change, but who also dedicated much of her time to one-on-one partnerships that helped emerging companies bring their ideas to life.

Irene mentored countless engineers (and beyond) and was a role model for hundreds of women in STEM. Even in her final REMAP blog post, Irene shared strategies for women with big aspirations in the manufacturing space – providing practical advice to overcome obstacles to success. She advised – don’t be afraid to ask for big jobs, forge your own path and follow your passion. Just as she did.

Irene came to Canada from Romania as a young girl. Her parents inspired her to follow in their footsteps to become an engineer. After graduating from the University of Toronto with a Bachelor of Applied Science degree in Industrial Engineering, Irene expressed interest in working in the manufacturing sector. Some tried to dissuade her – telling her that manufacturing was an unconventional career for a woman. But Irene wanted to make things. She wanted to apply her engineering expertise in a way where she could see and touch the product. Thankfully, she did not listen to the naysayers.

From 1985 onward, Irene was a technology innovator – dedicating her professional life to advanced manufacturing, engineering and innovation. REMAP was a culmination of her passion and life’s work.

She founded REMAP in 2014 because she believed with her whole heart that Canada has the ideas, the innovation and the talent to be a global leader in advanced manufacturing, and instead of sitting on the sidelines, she took up an active role in making it happen.  Founding and leading REMAP required diplomacy, focus and drive, and with the help of the small but dedicated team, she built the organization from the ground up.

And what a legacy she has left behind. Irene had a vision for REMAP and built it into a $50M pan-Canadian technology accelerator with more than 700 members from industry and academia – driving unprecedented investments in Canadian R&D in electronics manufacturing.  As if that wasn’t enough of a legacy, Irene was also instrumental in getting Canada’s advanced manufacturing supercluster NGen off the ground as their acting Chief Technology Officer (CTO) in 2018.

Irene embodied the spirit of collaboration and as such, ensured mentoring was a core value of REMAP. Under her leadership, the REMAP partners have contributed more 25,000 mentoring hours so far.

Prior to REMAP, Irene spent 30+ years in progressive engineering roles with IBM and Celestica. She was part of a team of talented employees that helped to transition Celestica from a Canadian spin-off of IBM manufacturing to a successful global company. Throughout those years, she applied her knowledge and expertise to drive countless engineering solutions for manufacturing sites and customers around the world. Irene’s sandbox was the manufacturing floor.

Some of her greatest achievements with IBM & Celestica included managing large engineering teams across the globe; leading a team to implement first 5 SMT / flip chip assembly lines in Canada for the organization; and travelling the world on her “IBM-Celestia passport” – bringing her signature energy and expertise everywhere she went.

Irene was a Professional Engineer in Ontario, held a patent in memory circuit packaging, took time to give back to the manufacturing community, and was a sought-after speaker.  She published, lectured, and presented at more than 70 industry events over the past 10 years; spearheaded a new Canadian manufacturing standard; was a regular contributor to Canadian and global manufacturing standards; and served on several boards and committees.

A champion of advanced manufacturing and trailblazer for women in engineering, Irene received too many accolades to mention. In the past five years alone, she was acknowledged with the: Ontario Professional Engineering Association, Medal for Management; Inspiring 50: Canadian Women in STEM; and, Canadian SMEs National Business, Best Team of the Year Award.

In 2020, Irene was also recognized for her exemplary leadership in unprecedented times with three International Business Gold Stevie Awards – for stellar sustained business performance, organizational response to COVID-19 and contributions to the Canadian manufacturing ecosystem as a distinguished advocate for innovation. Irene also received the Stevie’s Silver award for Woman of the Year for advancing Canada’s supply chain.

A beloved people leader, trusted colleague, mentor and generous friend. Irene touched the lives of many people around the globe, both professionally and personally.  And it wasn’t just what Irene did that touched us, but how she did it.

Irene loved what she did and did what she loved. And if there is one thing we can all take comfort in – and learn from – during this difficult time, it is the fact that she lived every day to the fullest. And that is a life well-lived.